THE TRUTH ABOUT THE MUSLIM BLACK CUBE IN MECCA,SAUDI ARABIA 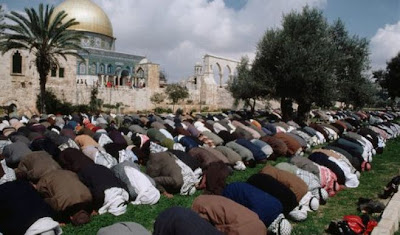 What do Muslims pray  towards  (with their backs to  Temple Mount,  Jerusalem)?
The Muslims pray towards Mecca in Saudi Arabia, the site for the Hajj or Pilgrimage

The Hajj (Arabic: حج‎ Ḥaǧǧ "pilgrimage") is the pilgrimage to Mecca, Saudi Arabia. It is one of the largest pilgrimage in the world, and is the fifth pillar of Islam, a religious duty that must be carried out at least once in their lifetime by every able-bodied Muslim who can afford to do so.


Mecca is also the Site of the Kaaba which is a shrine in the form of a Black Cube. 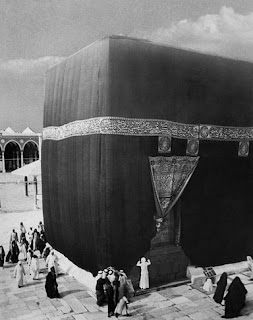 The exterior of the Kaaba is usually covered with a large black cloth called the kiswah (“robe”) that has Quranic verses embroidered with gold thread on it.

"The Kiswah is woven from pure natural silk which is dyed black. The Shahada and Qur´an verses are embroidered on the black silk in thread of gold. The kiswah is made up to 41 pieces. The Kiswah is replaced once every year"
(Kaaba History, Sabir Khan)

Why is the Kabba Covering (Kiswah) Black?

"The path belongs to Saturn, and the color of Saturn is black"

"Saturn's colour, black, and his emblem, the sarcophagus, accompany the soul as it emulates the planetary god's involvement in the feminine principle."
(Theosophy Trust, Saturn Pg. 2)

"Each Planet and God was associated with it´s own color, and the color of Saturn was Black, Hence, the planet Saturn was known as the Black Sun, the Dark Sun, The Black Square".
(Saturn: Lord of Time, Worship of Saturn, Touching the Astrology of Saturn.) 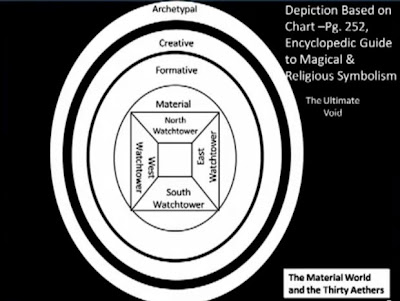 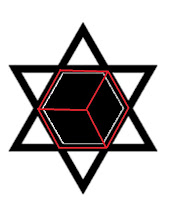 "A Hexagon is a 2D projection of 2 interlocking 3D tetrahedrons one inside each other. Think of it as a kind og a 3d version of the Israeli flag or the Jewish Star."
(Richard C. Hoagland, Hyperdimensional Hexagon, Coast to Coast)

"Today, the Six Pointed Star or Hexagram is the most popular and universally recognized symbol of Jewry. It is known as Star of David, Magen David, or the Jewish Star. Ironically, David had nothing to do with the hexagram and it did not represent the Jewish people until the 17th century."

The hexagram as a symbol of Jewish people was offered by Viennese Jesuits in 1648 on demand of the German Emperor Ferdinand III, who wished to assign flag of "honor" to the Jews of Prague for their help in the Thirty Years War. 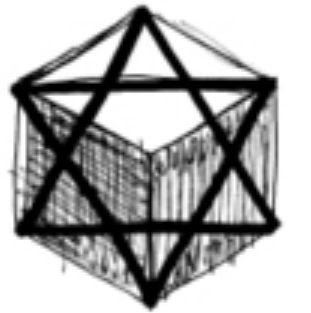 Muslims will often point the finger at Israel for the "Star of David" screaming "Zionist Conspiracy!" yet, the Kaaba itself is the same depicted in the form of a six-sided cube. 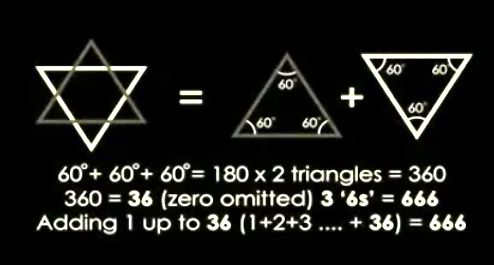 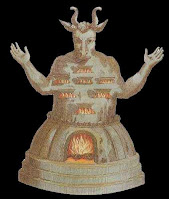 "Yea, ye took up the  tabernacle of Moloch, and  the star of your god  Remphan, figures which ye  made to worship them: and I  will carry you away beyond  Babylon." -Acts 7:43

The texts vary between Remphan,  Rephan, and Romphan. It is supposed  to be the Coptic name for Saturn, to  which the Arabs, Egyptians, and  Phoenicians paid divine honors."

Remphan is Moloch and Moloch is Saturn. Saturn is Satan. The Muslims are bowing to Satan with their backs on Temple Mount: